Whiteness, in the case of this article, is a social construct.

And unlike the Merriam Webster Dictionary defines, whiteness is not simply the, “freedom from stain: cleanness”.

Whiteness, instead, focuses on the cultural, historical, and sociological aspects of people who identify as white. 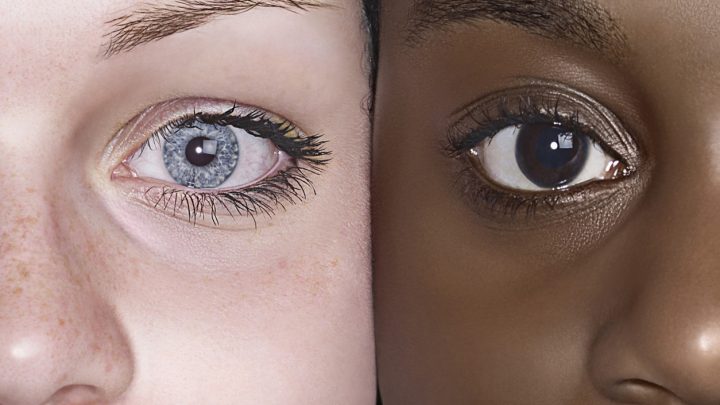 Whiteness is also a weapon.

Over the past few years, and throughout my time in University, I have begun to explore the key concepts of whiteness in general, my own whiteness and privilege, and whiteness in politics… as exemplified by politicians such as America’s own Donald Trump.

I’ve come to ask questions like:
– Do white people identify themselves as white? And in what ways?
– In what ways do I personally use micro-aggressions towards minorities without being in-tune with my bias? How can I work to fix that?
– Do white people realize that their skin white colour has always been the “nude” or “default” colour for everything? Or do they pay no mind because they are the “norm” and they therefore benefit?
– Do white people know of their privilege? And if they do – do they knowingly abuse it?
– How the hell was a blatant racist elected President of the U.S.A.? 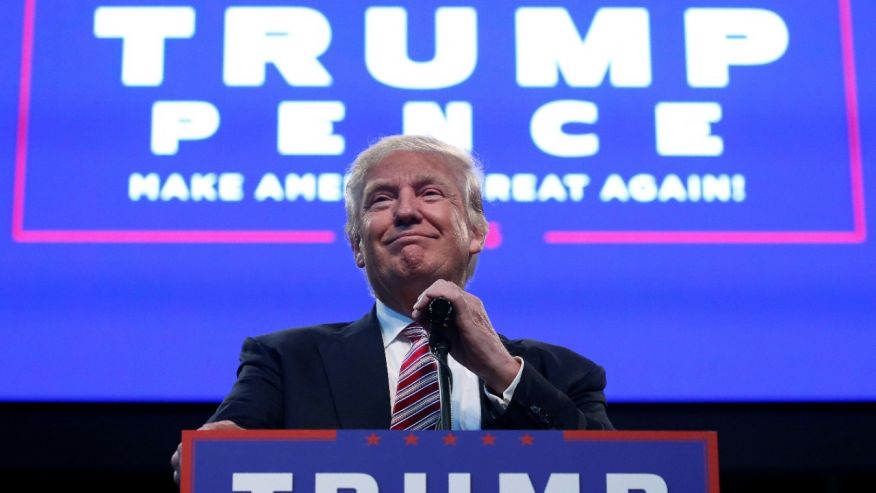 And in deconstructing Trumps campaign, I’ve identified a few things that have bothered me for some time… things that taught me how naive I have been for so long….things such as the visual means in which white supremacy has been encouraged and maintained for centuries…and still to this day

I’ve also thought about Donald a lot.
And how he used his whiteness as a weapon:

And the harder I continue to look, the harder Donald Trump keeps shoving my own whiteness, and the whiteness of my peers, right into my face.

It’s not easy. And I’m still learning. But I feel like it’s important to talk and think about. Because it’s worth talking and thinking about.

P. Kivel accurately identifies racism as based on the concept of whiteness. It is whiteness and the history of whiteness that created a foundation for racial categorization and therefore discrimination through racism,

“Whiteness – a powerful fiction enforced by power and violence” (Kivel, 19).

And while race is scientifically irrelevant, it is important that, as a white person, I recognize that those who embrace their whiteness, and understand their whiteness as something superior, can become extremely dangerous.

So, let’s get it out of the way, here’s the Hitler thing…

In the most extreme of views, Donald Trump has been compared to Adolf Hitler, echoing themes of fascism. And do I disagree?

Of course – Trump is not Hilter.
He is also not a murderer – to the best of my knowledge.

But are there common propagandized themes at play? For sure there are.

Adolf Hitler sought after a “purified” nation in which the populations under his reigns would consist of only those he deemed worthy – powerful – human. Hitler also attempted to abolish abnormality, deformity, the Jewish, the homosexual, and the non-white,

“White culture, norms, and values… become the standard against which all other cultures, groups, and individuals are measured and usually found to be inferior” (Henry & Tator, 46).

And while Donald Trump has not taken the same drastic, horrific, and murderous path to achieve similar goals, he has contemplated ways to purify America of the non-white,  non-straight, and the “non-American”.

And while Trump may not be fully aware of his white privilege as, “Privilege, particularly white or male privilege, is hard to see for those of us who were born with access to power and resources” (Kendall, 1). He is, however, aware enough to vocalize his own suppressive beliefs on minorities to the masses, hoping to reduce livable spaces for racialized groups in America,

“When Mexico sends its people they’re not sending their best … They’re sending people that have lots of problems … They are bringing drugs, they’re bringing crime, they’re rapists.”  – Donald Trump

And the scariest part?

While many believed Trump’s announcement to run for President was at first a comical joke, the nomination quickly became serious as Americans with similar beliefs and fears flocked to his bandwagon of support.

How did he do it?

Trump successfully manipulated the inherent fears of people, exploiting them and then offering himself as a safe-haven.

Trump ‘othered’ immigrants, installing fear within other conservative Americans, afraid of change, afraid of losing their jobs, afraid of what and who they do not understand,

“Sadly the American dream is dead. But if I get elected president, I will bring it back bigger and better and stronger than ever before and we will make America great again”. – Donald Trump

For Trump, a white America is the best America, and to make America great again, he proposed, and continues to propose, a reduced sense of diversity. This is extremely harmful to both the country and racialized people as minorities are continuing to be out-casted – told they do not belong and are not true Americans.

Don’t know what I’m talking about? Just take a quick browse through the #Dreamers campaign. 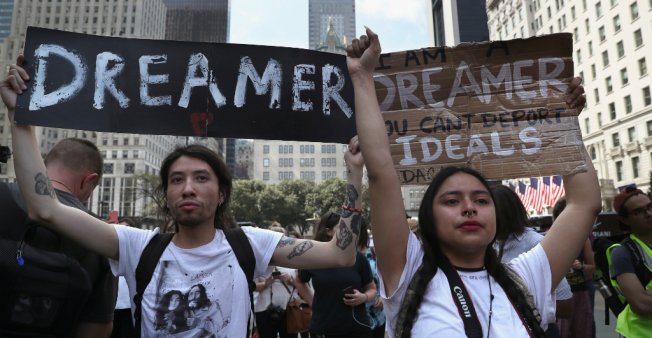 It won’t take along for you to see that Trump, along with many other white Americans, believes that, “our destiny was to “own” the land on which we all currently live, even though that required forcibly removing the native people who had lived here for centuries” (Kendall, 2).

It could then be argued that all Trump followers are racist, a rather alarming accusation considering Trump successfully won the election. However, we must not forget that Donald Trump is not only suppressive of immigrants, he has also attacked virtually all those he finds inferior to himself as a white, wealthy, male – which includes women.

Trump has been quoted referencing towards women as “fat pigs”, “dogs”, “slobs” and “disgusting animals”. And while it is unclear whether or not Trump says theses things wholeheartedly, or just for publicity, there are very real implications that follow such statements. 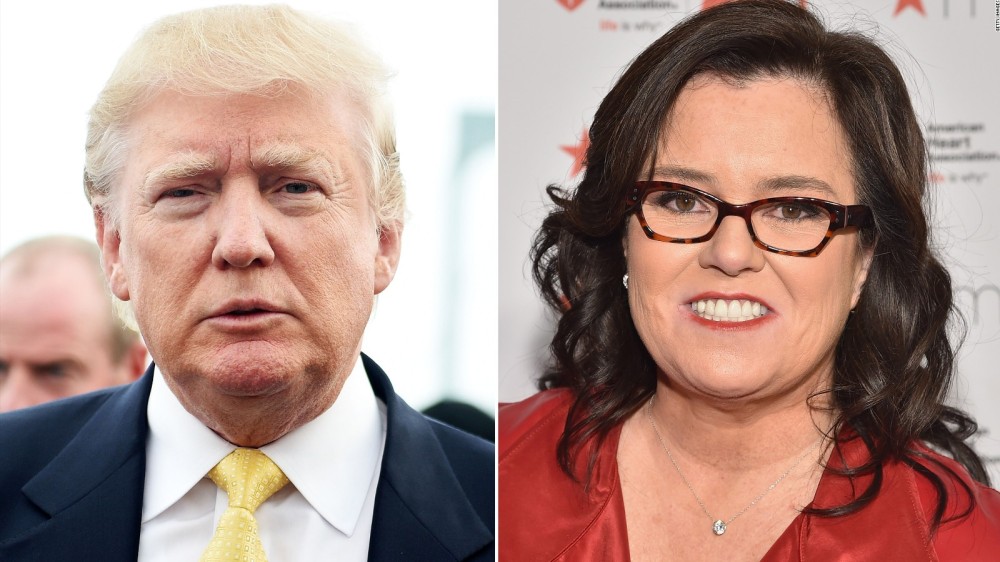 In my opinion, it is clear that the ideal America for Trump is one ruled by both him and his wealthy white male friends, where women stay at home (“where they belong”), and where immigrants stay behind a “large wall,” where they cannot be seen or heard.

Scratch that – that’s not just my opinion, he’s actually said those things.

Trump has also expressed anti-black beliefs in his pursuit to damage Barrack Obama’s legitimacy as an American born citizen. In 2008, before he was a potential candidate in the Presidential race, Trump expressed very public skepticism over Obama having been born in Kenya and not in Hawaii.

The racist undertones in this claim was (and still is) apparent in that Trump somehow found it difficult to conceive that a man of Kenyon heritage was not a direct immigrant from Kenya, and instead was born in Hawaii.

Donald Trump has also seized support in the construction of his own white God-complex. Due to Trump’s pre-existing celebrity, American’s have come to know Trump as a very successful and wealthy business man who must know what he’s doing – based on the assumption that he has money and the best part of the white American Dream – fame.

It is, therefore, my belief that his supporters must believe that the whole country will benefit from his wealth and celebrity, that his money will trickle down, that they too will be successful and receive a piece of his success.

Not to mention American’s LOVE good TV and regard reality tv stars and actor as their true idols and role models. 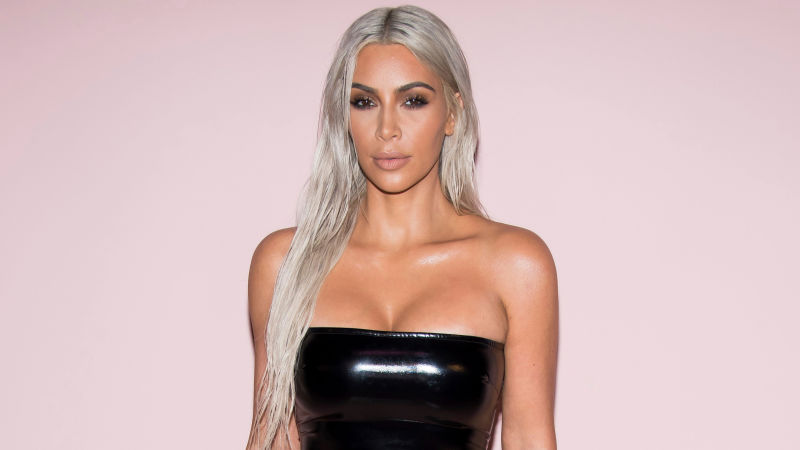 In other words, the TV imagery put forth by Trump has been both intentional and crucial to his receiving support. The world’s understanding of Donald Trump has been fostered through great displays of whiteness and money, through;

– His TV show
– His hotels
– His helicopters
– His golf courses, etc.

This imagery creates the connotation of white wealth = success, and whiteness + success with money = legitimacy to run an entire country,

So, what’s the point of this rant?

In summary, I think a few take away points are important.

1. It’s important to recognize that Trump uses his whiteness to cushion racist America in the pursuit of justified racism,

“In times of perceived threat, the normative group may well attempt to reassert its normativity by re-asserting elements of its cultural practice more explicitly and exclusively” (Frankenberg, 21).

Please also take the time to recognize that he’s not the only politician or celebrity who does this.

2.  Since Trump was elected President, public displays of racism have been accepted (even more so than before) by the White House, granted merit due to “freedom of speech”, and given permission by a large mass of the the country’s voters who proudly wave the Confederate flag.

Have you forgotten about the alt-right already? 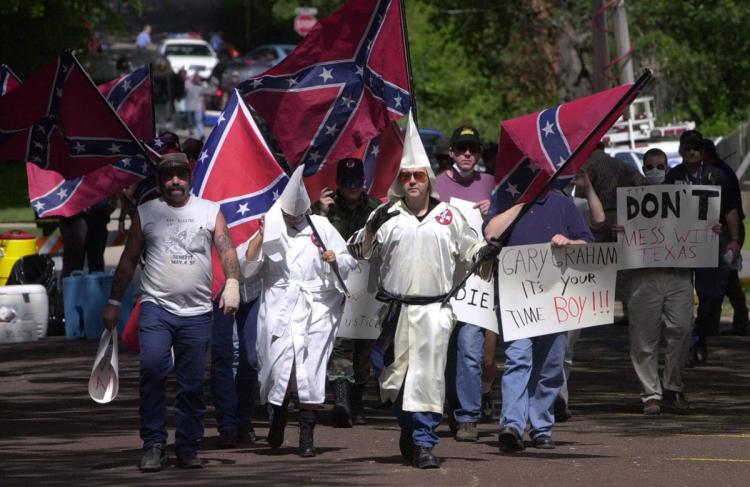 3. Trump as President has continued to suppress the already suppressed, and has further divided the country along gendered, class, and racial lines;

“Whiteness is a dominant cultural space with enormous political significance, with the purpose to keep others in the margin”  (Frankenberg, 21).

4. If you are white, please continue to research and investigate. Please own up to your biases and admit fault when using micro-aggressions. Please unpack your whiteness and be aware of the world around you. Think critically about the world. Be accepting. Be loving. Be kind.

5. And finally, this is the part where I’m going to twist your brain at bit…

Sometimes I do have to wonder…. is the Trump era all bad?

Would we have seen the level of support behind the rallies, the marches, the protests, the change, the passion, and the youthful revolution should Hillary have been elected?

Would we have so quickly and so fiercely seen the rise of:

Is it possible that Trump inspired and lit the necessary fight and fire under our young people so that nothing like this would ever happen again?

Was the Trump generation destined to rise against him in a triumphant revolution?

Has Trump changed the course of history for the better?

Is Trump FINALLY a wake up call to all of the complacent white people who have sat so silently for so long… while minorities have been speaking up and fighting for decades but have never been given the platform, funding, support, or WHITE privilege needed to demand change on a public scale?

My questions are endless and ongoing… and I hope yours are too.