Dear People Of The World,

This is an open letter to you, yes you.

Okay, not all of you…. but to those who keep searching online to find out if Jen Aniston has commented on Brad Pitt and Angelina Jolie’s pending divorce.

Yes, I’ll admit, some of the meme’s and gif’s are funny….

BUT let’s for a minute remember just why Brad and Angie got together.

Oh yeah, it’s because Brad committed adultery! It’s because he ripped Jen’s heart out, stomped on it, then left her for that same woman.

Oh, and then the whole world said OMG WE LOVE THEM TOGETHER, LET’S TALK ABOUT HOW THEY ARE THE HOTTEST COUPLE IN HOLLYWOOD AND TOTALLY MEANT FOR EACH OTHER FOR THE NEXT MILLION YEARS SO THAT JEN WILL NEVER BE ABLE TO BE IN A GROCERY STORE CHECK OUT WITHOUT SEEING THEIR SMILING FACES AGAIN.

That brings me to the crazy people out there actually “shipping” a Brad and Jen reunion.

DUDE, he literally ended their marriage by cheating with another hot actress behind her back while on set for a film – for the whole world to see – I don’t think you come back from that.

The meme child in us says Jen must be dancing away, celebrating this new announcement, and like trashy mag’s are reporting, saying “karma’s a bitch”.

But – your inner adult knows better.

Your inner adult knows that Jen is a classy lady, is now happily re-married to a handsome man (who is (hopefully) not also cheating on her), and that she would not be celebrating the breaking apart of a family. 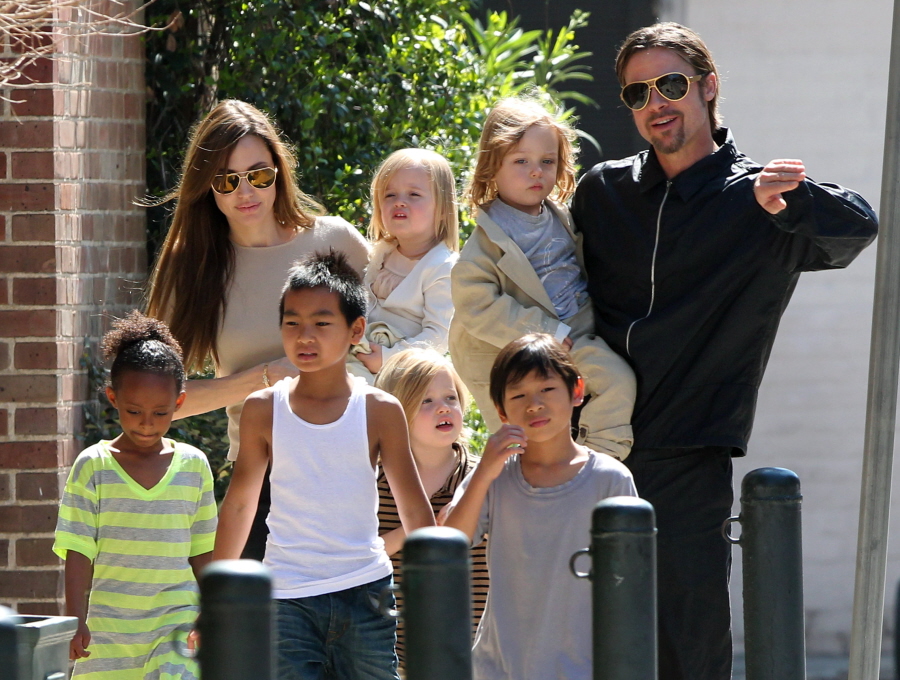 Did you forget Brangelina has SIX KIDS?

This divorce isn’t funny nor should it be celebrated.
Reality check: Six kids may have just lost their dad… Angelina filed for sole custody.

If the court rules in Angie’s favour, Brad may only see his kids every other weekend, maybe once a month, who knows. It’s not looking good.

No matter how bitter, I don’t think Jen would want that for Brad.

We also don’t know what the reason is… some say more cheating, some say drugs/alcohol… but to be honest, it’s completely none of our business, and PS. knowing will most likely add no value to your life.

Jen is her own person. She’s been on her own, divorced from Brad for YEARS AND YEARS – so why are we dragging her through the mud on something that no longer has anything to do with her?

She’s not in their family.

I would also argue that above all, all of this attention is even crueler to Angie and Brad’s kids – who will one day read about their parents divorce in the media and have it littered with images of their dad’s ex wife trashing and making fun of their adulterous mother and father in various memes. Not cool.

Some will say they deserved this… but honestly, when kids are involved, it’s quite sad.

So, while Jen may have been bitter and heartbroken way back when… I’m pretty sure by now she’s over it and is likely rather feeling some remorse for this family, not joy.

I mean, come on guys, Jen’s got more important things to focus on now and I’m pretty confident she’s not itching to take Brad back.